Zlata’s Diary is an adaptation of the diary of Zlata Filipovic, a ten year old Muslim girl, which relates her experiences during the siege of Sarajevo in 1992. An intensely moving story of survival in this besieged city, the play is an important testimony of a child’s experience of war.

The story is not merely tragic. Even under the most horrific circumstances, people find a way to live, to remain human, to laugh and to enjoy themselves. The story has a happy ending. Zlata Filopovic survived the hell that was Sarajevo, and now lives and works in Dublin. Zlata’s Diary was revived for the St. Magnus Festival in Orkney and a short Scottish and English tour.

This version utlises drama, story telling, live music and physical expression to make it a powerful piece of theatre. In an age of continuing war, in Iraq, in Israel/Palestine, in Chechnya, and other areas of the world, it is vital that we do not forget the suffering of innocent children , those whose voice is rarely heard. 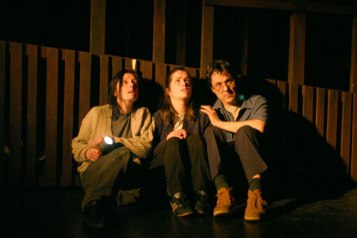 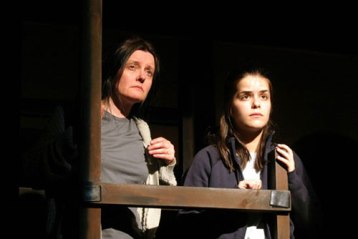 “Communicado has brought the diary to the stage in a production that captures to heartbreaking effect the girl’s journey from innocence to premature maturity …in a production that is musical to the core, Alan Tall’s score is an anthology of styles, embracing Slavic plainsong, pounding percussion, classical piano, wind ensemble and pop.” Mark Fisher, The Guardian