A version of this 1930 satire on Stalin’s Soviet Union. 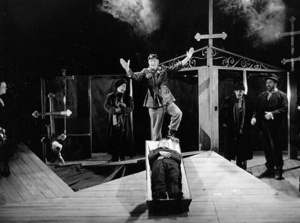 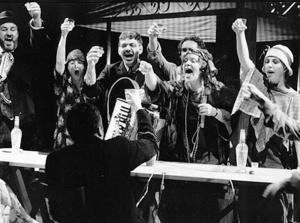 “Our sense of THE SUICIDE as an astonishing and extremely interesting play is greatly enhanced by what is a superb Communicado production. The acting, like the sets and the music, is of the excellent standard people have come to expect from one of Scotland’s best touring companies”
The Socialist Review, 1997

“I doubt if anything in Edinburgh this year will match Erdman and his current director, Gerry Mulgrew, for quirky inventiveness”
The Times, 1997