Havel is one of the twentieth century’s leading playwrights. Long associated with the intellectual opposition to Stalinism in (the then) Czechoslovakia, to the extent of being imprisoned for his beliefs, he went on to be President of the Independent Czech Republic. The Memorandum is his masterpiece.

Although written in reaction to the times and conditions he was living under, the play remains as relevant as ever. In present day Britain, where we are arguably living in an era of increasing “spin” , and ever more complex bureaucracy and “red tape”, with the resultant growing mistrust of politicians, the allegory of the play hits home. In The Memorandum, Havel’s insight into communication theory gives rise to a deadly (and often hilarious) probing of the power structure of a society based on the interpretation of incomprehensible but sacred texts. New men come to power by imposing the use of a new language only they can manipulate and understand.

The play in Communicado’s hands becomes a hilarious but terrifying nightmare performed at breakneck speed and follows in the tradition of our productions of plays from Eastern Europe such as Nicolai Erdman’s The Suicide and Pavel Kohout’s Fire in the Basement. 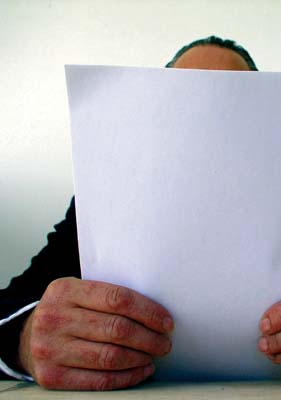 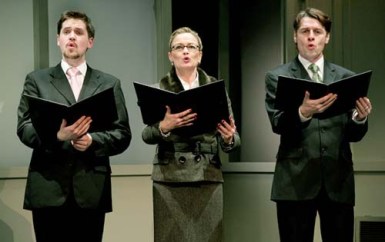 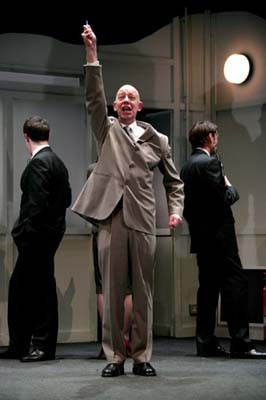 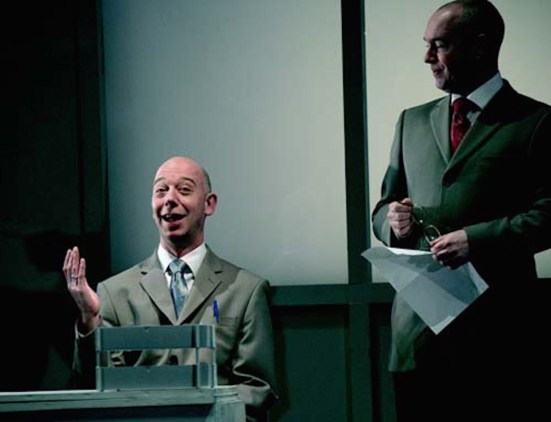 “Richer than a gag about bureaucracy and language – the further we get into Havel’s world of office politics, buck-passing and sackings, the deeper it resonates with us. Stevenson makes it clear that the victor is neither the level-headed Gross, nor his callous rival Ballas, but the system itself.” The Guardian, 2006.